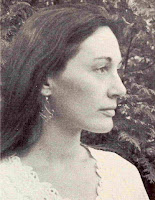 
Joan Samson was the daughter of Edward W. Samson, a nuclear physicist, and his wife Helen, née Verrall, a teacher.  She attended Wellesley College from 1955-57, her undergraduate years interrupted by marriage and by following her husband to Chicago. She finished school at the University of Chicago (B.A. 1959), and taught elementary school in Chicago (1959-60). Soon afterwards her marriage broke up. She taught further in Newton, Massachusetts (1960-63). She also taught in London, England, in 1965-66, and in London, on 27 May 1965, she married Warren C. Carberg, Jr., a library administrator. They lived in Europe for a few years before returning to Massachusetts. They had two children, a daughter and a son. Samson went back to school at Tufts University (M.A. 1968), taught at a country day school in Brookline, Massachusetts, in 1968-69, and worked as a manuscript editor of the journal Daedalus from 1973-75.

Her first book was Watching the New Baby (1974); it has photographs by Gary Gladstone.  It is an account for children of what to expect with regard to a new family member. It was based on the birth of her daughter. Samson's husband noted that "because it contains a story of the growing fetus, librarians classify it as sex education. But all manner of other folk—notably new mothers—have delighted in the warmth and informativeness of the book."

Samson's only novel, The Auctioneer (New York: Simon and Schuster), is dated 1975 but was not published until mid-January 1976. Five weeks later the author was dead of brain cancer. Her novel was briefly on the bestseller lists, and a film was planned but never came about. The Auctioneer was also published in England, and in Dutch and Spanish translations.  Centipede Press published a lavish limited edition in 2010, with an introduction by Ed Gorman. A Valancourt Books reprint appeared in 2018, with a new introduction by Grady Hendrix and an afterword by Warren Carberg.

The Auctioneer is not really a horror novel. It is better classified as a non-supernatural suspense story. Set in a small town in New Hampshire, it concerns a newcomer, auctioneer Perly Dunsmore, who comes to the town and basically takes over everything by forcing townspeople to contribute each week to his auctions, by which he raises money for himself and for the increasing supply of town deputies he controls. Those who refuse to contribute each week soon find themselves, or their family members, victims of some kind of misfortune, often resulting in maiming or death. The townspeople quickly fall in line, and despair at finding a way out. The tense atmosphere grows in a long crescendo before any resolution is possible. The novel also works a parable of the devastating effect of the commercial mindset on people, small towns, and the old traditional ways. It has been hailed as a minor classic, but it is not without some flaws.

The novel started as a ten-page short story, which her husband encouraged her to continue.  It is based somewhat on the experiences she and her husband had vacationing and spending weekends in rural New Hampshire. Carberg noted that it was inspired by a vivid dream: "Joan awoke one day, she said, with the feeling that the dream had just handed her a situation and an impression that she must write about. What subsequently evolved was a thrilling suspense story."
Posted by Douglas A. Anderson at 1:16 AM