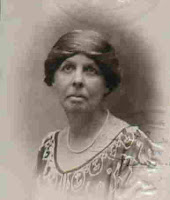 Henrietta Weaver was the daughter of Philip Liscum Weaver (1828-1902), a businessman based in San Francisco, and his wife Ellen, née Armstrong (1844-1924), a daughter of Richard Armstrong (1805-1860), an early missionary to Hawaii. She had one brother, who became a well-known lawyer in Honolulu, and one sister.

Weaver’s one book was a collection of fifteen short stories, Flame and the Shadow-Eater (New York: Henry Holt and Company, 1917), published during a three year period when she lived in New York City.  She had married, probably in Paris sometime in the latter half of the 1890s, Henry Guy Fangel (1875-1943), an illustrator and artist; they were divorced around 1908, with no children. Fangel married Maud Tousey in 1909, and worked for a while as an art editor at Good Housekeeping, but his second marriage also ended in divorce, and he died destitute in Paris. 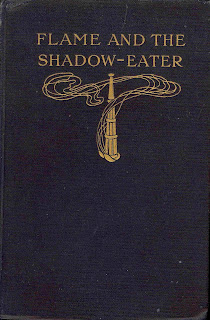 Flame and the Shadow-Eater was published in May 1917, and earned mostly appreciate reviews.  Asia noted that Weaver presents the philosophy of the Old East “through the medium of a series of tales in which holy men who follow the Path of the Lotus Law, proud rulers surrounded with Oriental splendors, maidens in whose sleeves subtle perfumes linger, are drawn like silken threads.  The stories themselves are without action and are perhaps too vague to be truly Oriental. In the manner that ‘A.E.’ and Yeats and the Irish Revivalists have translated primitive Celtic ideas into terms of modern poetry, so Henrietta Weaver translates the Orient and makes of it a somewhat moralized and simplified Arabian Nights. Yet the book has charm. The style is graceful and is characterized by well chosen imagery” (July 1917).  The New York Times Book Review was slightly more critical:  “The stories themselves are not unentertaining, and many of the descriptions are very gracefully written. But this type of fiction is peculiarly exacting . . .  Weaver frequently succeeds only in being obscure when she endeavors to be mystical.  Nevertheless, this volume has a touch of unusualness which is rather refreshing, and though the reader is seldom without a feeling that the tales are falling short of what they ought to be and of what the author intended them to be, their abundance of color, their intellectual quality, and their departure from the commonplace make them quite interesting” (8 July 1917).

Weaver attempted to secure a London publisher to reprint the volume in 1935, but found no interest.

Posted by Douglas A. Anderson at 6:00 AM No comments: