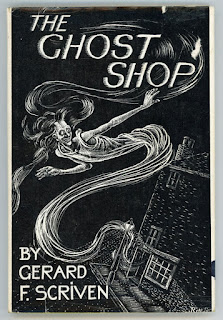 Gerard Francis Scriven was the son of Robert Scriven, a journalist (and sub-editor at a newspaper, according to the 1911 UK Census), and his wife Grace Scriven.  Gerard had one older brother and a number of younger sisters.

He was educated at The Priory, the White Fathers' Junior Seminary at Bishop's Waltham in Hampshire, where around 1926-27 he honed his skills as editor of and contributor to The Priorian, the school magazine.

He was ordained a priest in London in 1937, and was appointed to Heston, Middlesex, where the Society of Missionaries of Africa, known as the White Fathers because of the white robes of their dress, ran a thriving parish. He then spent about six years in North Africa (Algeria) before returning to England and taking over the editorship of the White Fathers' magazine. Between 1943 and 1948, he published six books, all with the firm of Samuel Walker in London.  Four are in a series of books about Wopsy, a small Angel who is suddenly given the care of a Matongu (African) baby, known as Shiny John. The first book, Wopsy: The Adventures of a Guardian Angel, came out in November 1943, though it began as a serial in 1940 in the children's section of the magazine The White Fathers of Africa. It was followed by Wopsy Again: The Further Adventures of a Guardian Angel (1945), Wopsy and the Witch Doctor (1946), and The Wanderings of Wopsy (1948). These illustrated books were popular among Catholics through the 1950s and 60s, though today they would be considered racist and culturally insensitive. Scriven published another volume in 1946, "a Life of Our Lord for children as told by the Angels," entitled While Angels Watch: The Life of Jesus Our King. 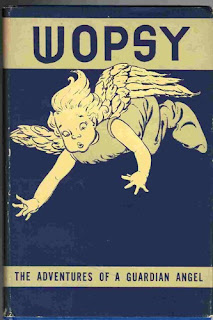 The book for which Scriven deserves attention here is The Ghost Shop (1948), which gives some examples of the history of the Spectral Agency of  Mr. Ivanish, who hires out spooks from his shop in Fingle Street, which is open only "when required." The book contains twelve chapters, with the first being a set-up for the adventures that follow. According to the blurb on the dust-wrapper, Scriven did not intend these stories for children but for their elders. The illustrations (including that on the dust-wrapper) are by Rosemary de Souza, and are suitably atmospheric.  Scriven's prose shies away from horror, and is more straightforward. The tales are at times moralistic. Scriven is buried in the Heston Cemetery. 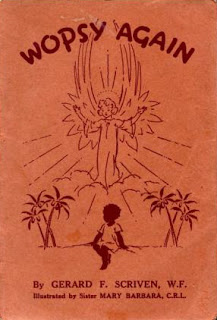 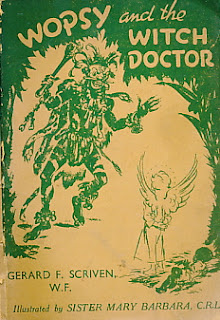 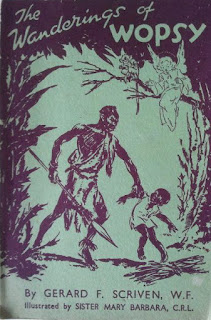 Posted by Douglas A. Anderson at 2:53 PM No comments: